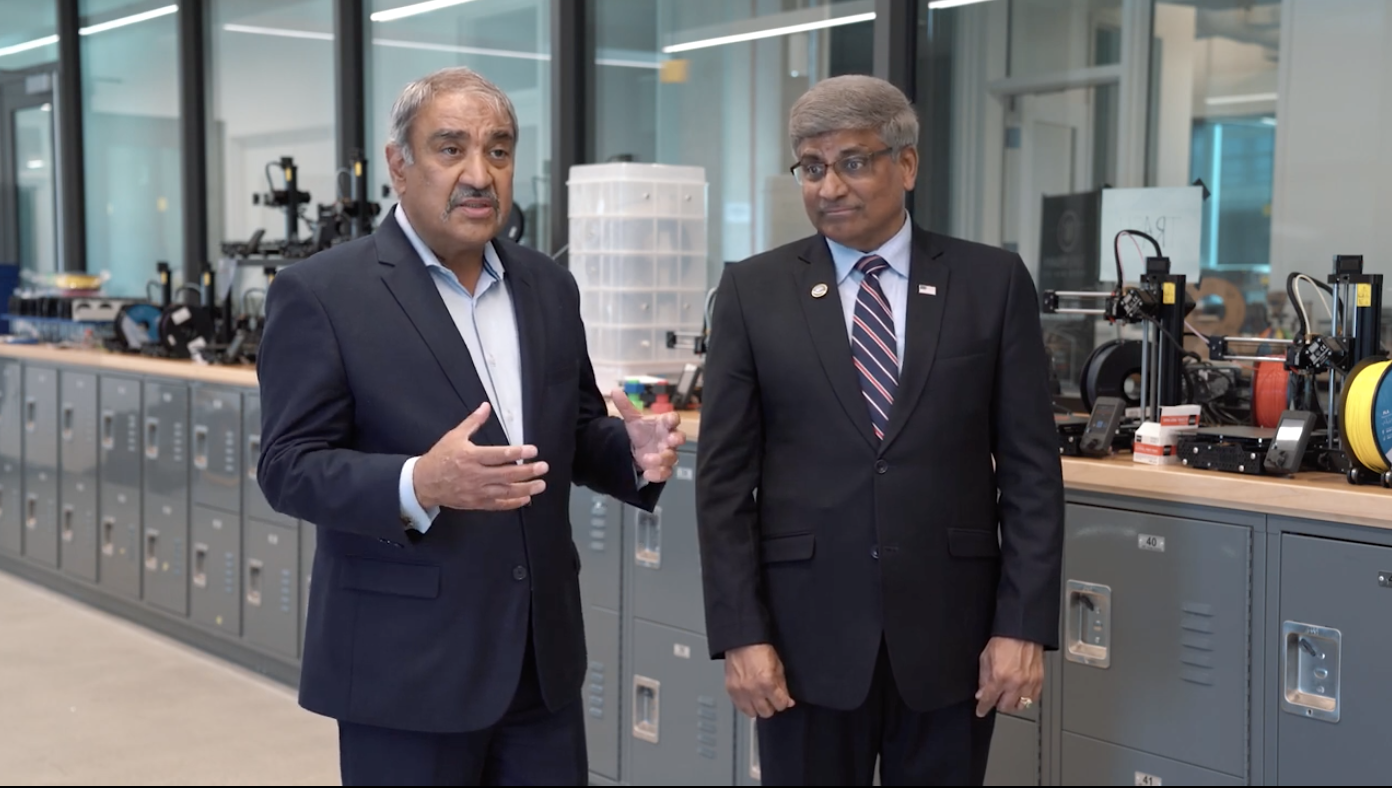 Chancellor Khosla with NSF Director Panchanathan discussing the value and impact of federal funding from agencies such as the National Science Foundation.

As NSF Director, Dr. Panchanathan oversees the only government science agency charged with advancing all fields of scientific discovery, technological innovation and science, technology, engineering and mathematics (STEM) education. The agency’s $8.8 billion budget provides funding for more than one quarter of all federally-supported basic research at U.S. colleges and universities.

The experts at NSF skillfully manage the investment of federal tax dollars and award significant, long-term research projects that have the potential to increase economic activity, improve human longevity, and lead to better understanding our planet. Director Panchanathan and assistant directors Isern and Magulies joined many of our leading researchers on campus for a day of lab tours, roundtable discussions, and demonstrations of the Scripps Ocean-Atmosphere Research Simulator and the UC San Diego Shake Table — the world’s largest and most advanced earthquake simulator. NSF Director Panchanathan gets a close-up demonstration of the new Scripps Ocean-Atmosphere Research Simulator funded largely with NSF support. The $4 million device holds up to 36,000 gallons of water and spans 120 feet. 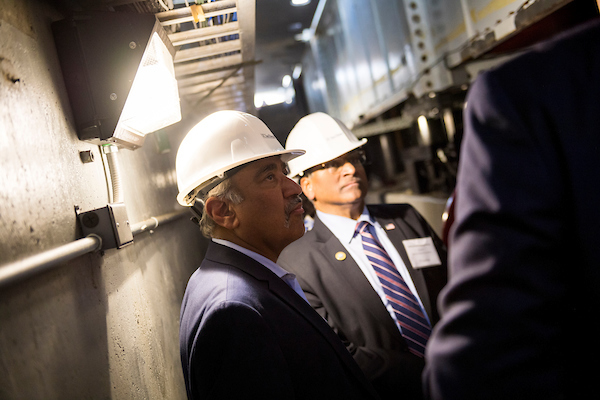 Chancellor Kholsa and NSF Director Panchanathan learning more about the engineering of the world's largest and most advanced earthquake simulator at UC San Diego.

UC San Diego receives more research funds from NSF than any other University of California campus—$167 million this fiscal year alone. There has been more than a 33 percent increase in funding in the last five years due to the significance, scope and importance of research efforts on campus.

Ongoing research at UC San Diego is impacting the lives of everyday people around the world. Just this past year, more than $1.6 billion of sponsored research from federal grants and private foundations have helped to continue that impact.

Biological and medical research is discovering new treatments and potential cures for devastating diseases. Research into the world’s cultures is improving equity, increasing connections and bridging differences. Policy, management and economics research is finding new ways to bring prosperity to more of the planet’s population. And research into new materials and engineering methods is helping to build stronger, less expensive and more environmentally friendly structures. All of this research works together to spur human progress.

Federal funding from agencies such as the NSF provides the ultimate risk reduction mechanism for fundamental scientific advancements that have kept the United States progressing and prosperous for more than a century. Similar to the insurance industry, through pooled resources that are managed by our nation’s best science, health and technology experts, individual institutions can help cover the costs of large infrastructure investments that drive fundamental scientific research. Fundamental discoveries gained are shared with the public and become catalysts for further research conducted by private companies and foundations.

We were honored to be a part of the NSF’s annual tour of select universities that exemplify the impact of the fundamental scientific research funded by the agency.