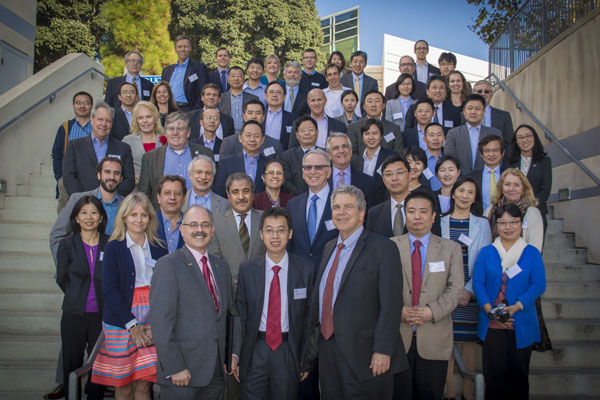 UC San Diego, in partnership with Fudan University in China, hosted the inaugural meeting of the California-Shanghai Innovation Dialogue yesterday on campus.  The dialogue was an important first step to comparing how these two regions are leading players in their domestic economies and exploring prospects for innovation.  Speakers and panelists included distinguished leaders from both regions, including Qualcomm co-founder Irwin Jacobs and Fudan University Vice Presidents Li Jin and Chenggong Liu. The dialogue was co-organized at UC San Diego by the Institute of Global Conflict and Cooperation, the School of International Relations and Pacific Studies, and the Jacobs School of Engineering.

UC San Diego is home to the Fudan-UC Center – the first overseas center for Fudan University and the first academic institution established by a major Chinese university in cooperation with a leading North American university.  The Dialogue – which will be held annually, rotating between the two universities – will strengthen the ties between our universities and regions.