Details of the fall campus repopulation process will be released in early September. In the meantime, we urge you to read our current plan for classroom operations, testing, and prevention. 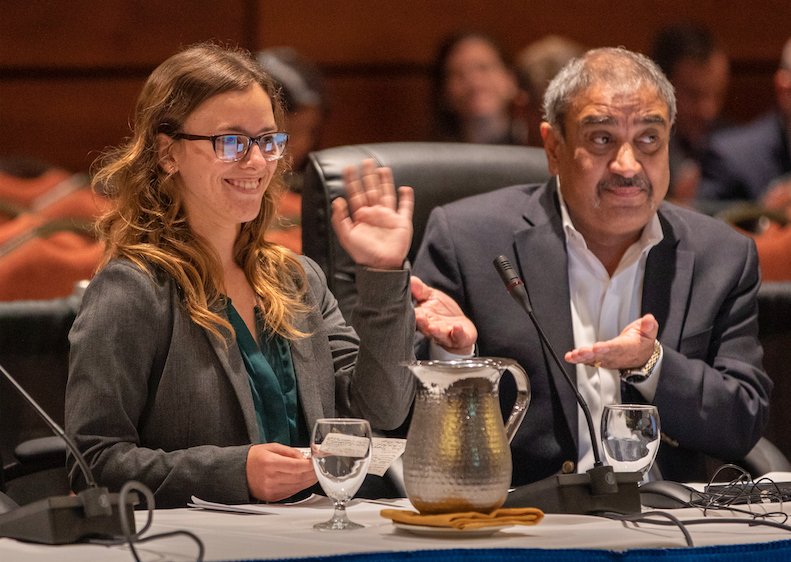 Enid—a fourth-year environmental chemistry major—was recognized for her work to help advance the university’s carbon neutrality and Global Food Initiative efforts. She spearheaded a project to innovate, conceive and build an anaerobic digester.

Named the BioEnergy Project, the system turns food waste destined for landfills into usable products—including biogas for electricity and fertilizer for organic produce.

Enid and her team researched relevant literature and created a system that built upon existing success in the field of anaerobic digestion by integrating hydroponics, solar power and biogas production into a single system.

More than 41,000 pounds of food waste were collected and the equivalent of 6,637 pounds of carbon dioxide were eliminated from the air due to her ideas and the efforts of all the students on the team.

But Enid didn’t stop there; she became a member of the team that communicates the science of the project to audiences both on and off campus. 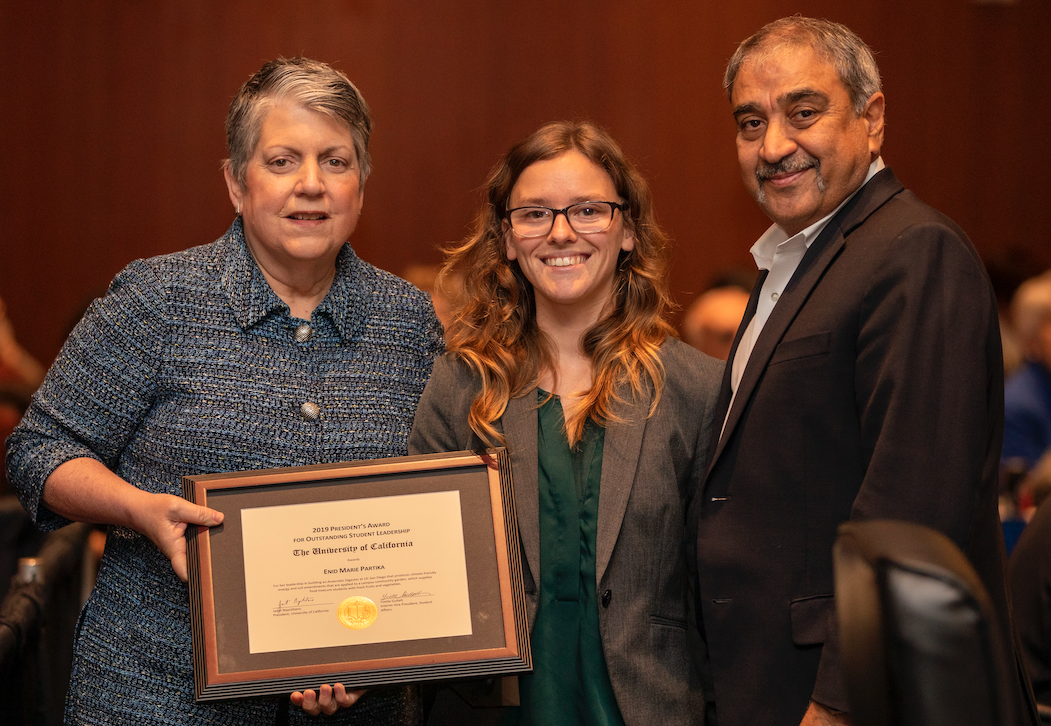 Because of what was learned from this project, UC San Diego committed to building additional anaerobic digestion installations on campus as a way to meet long-term campus objectives—such as the mandate to be a zero-waste campus and transition to carbon neutrality in all campus operations.

I’m so very impressed with the success of this project—not only by the ingenuity and thought leadership Enid demonstrated, but also by the community outreach and general public education surrounding the science.