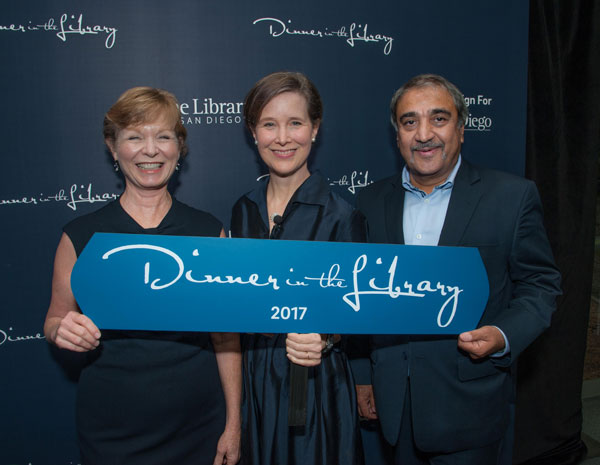 UC San Diego’s Dinner in the Library, held last Friday, is an annual tradition that transforms the first floor of Geisel Library into an elegant dining area amidst book collections and study spaces.  The theme for this year’s fundraising event was “Going to the Top,” reflecting the Library’s goal of holding next year’s event on the 8th floor of the Library, which is currently undergoing renovation to create event space and an enhanced quiet lounge for study.  The Geisel Library Revitalization Initiative is also transforming the first and second floors to better support student learning and research.  During the dinner, Chancellor Khosla thanked all of our generous supporters and emphasized the vital role of the Library in supporting UC San Diego’s mission of education, research and service. 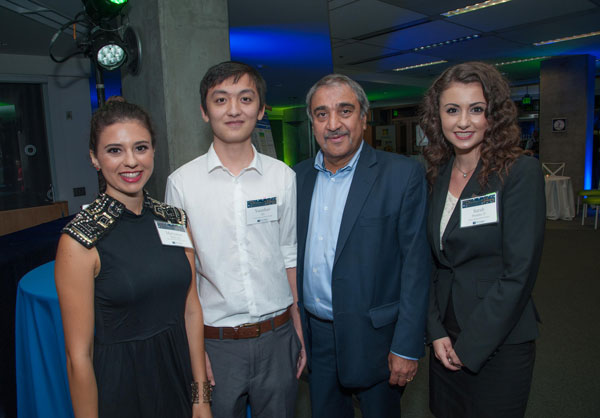 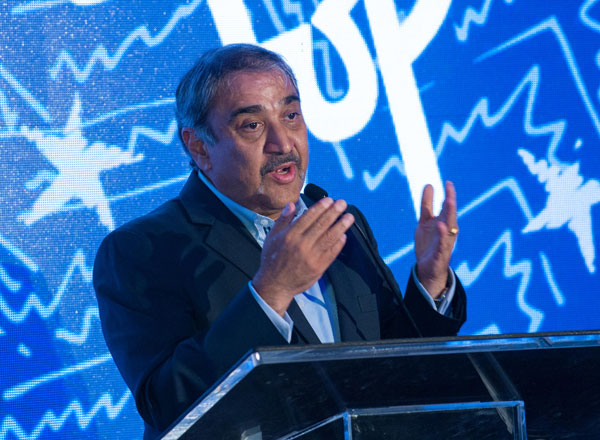 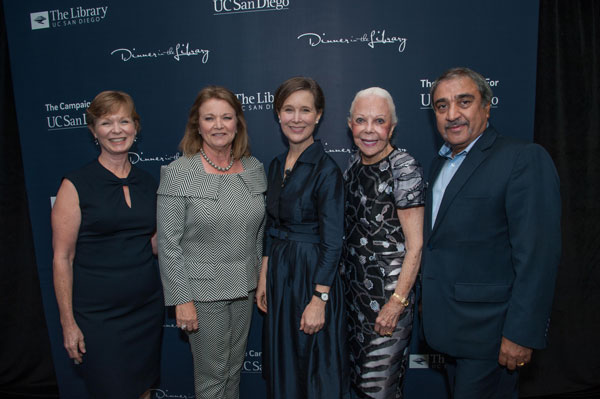 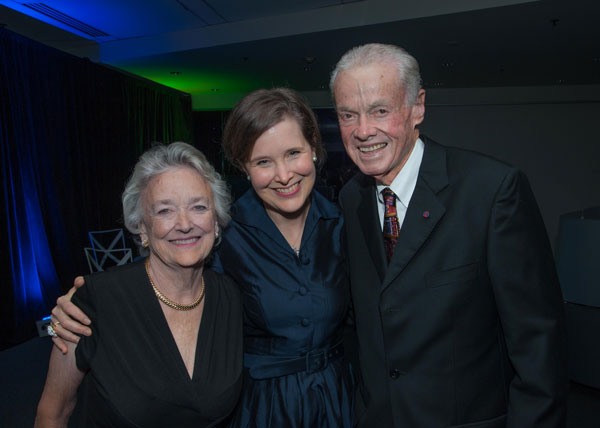 Alison (left) and George Gildred (right) with Ann Patchett (center); Alison was a founder of the first Dinner in the Library. 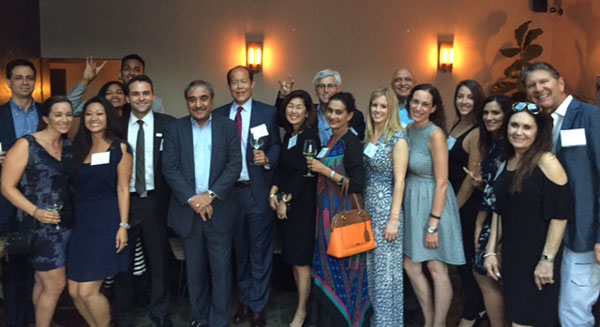 UC San Diego is connecting with alumni and friends across California and the United States through regional celebrations for the Campaign for UC San Diego.  The events allow our supporters to experience how our nonconventional approach empowers our campus community to make a difference.  From interactive virtual reality displays to renderings of our future campus, participants can see how our campus is transforming physically and intellectually.  The first event was held last weekend in Los Angeles and the next one will be this weekend in the Bay Area.  In October, UC San Diego will take the show on the road to Washington, DC and New York City. 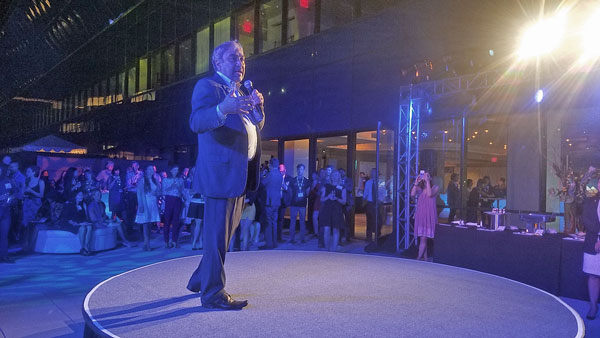 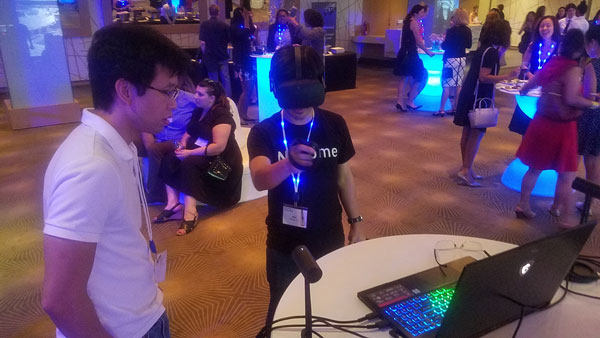 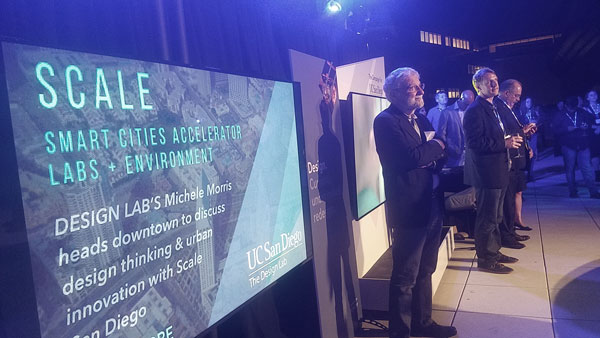 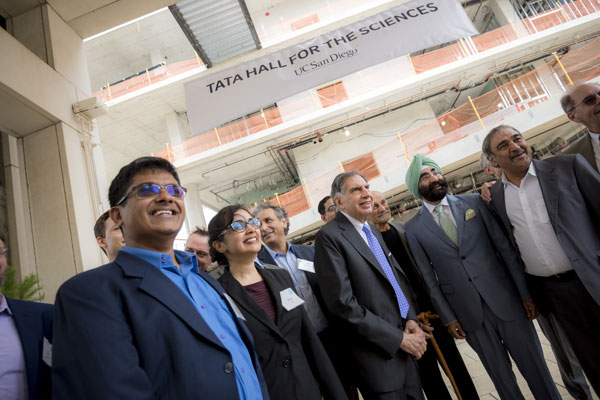 UC San Diego celebrated the dedication of a new building for the divisions of Biological and Physical Sciences yesterday with a special announcement.  The new, cutting-edge science building will bear the name Tata Hall for the Sciences, or Tata Hall, in recognition of a $70 million gift from the Tata Trusts, which was committed last year to create the binational Tata Institute for Genetics and Society.  At the dedication event, Chancellor Khosla recognized the Tata Trusts’ leadership and collaboration with UC San Diego, and the Tata family’s pioneering philanthropy and singular impact to bring about societal change.  He also noted that Tata Hall exemplifies UC San Diego’s tradition of non-tradition, inspiring cross-disciplinary collaboration among researchers and the next generation of innovators.

The university also announced the four inaugural chair holders of the Tata Chancellor’s Endowed Professorships, the first in a series of 10 endowed faculty chairs that were established by UC San Diego to attract and retain top scientists and faculty focused on research that aligns with the institute’s goals.  The inaugural chair holders are: Suresh Subramani, Ethan Bier, Karthik Muralidharan and Anita Raj. 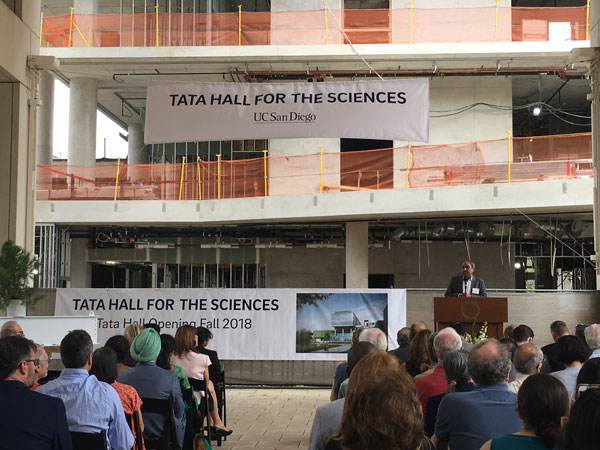 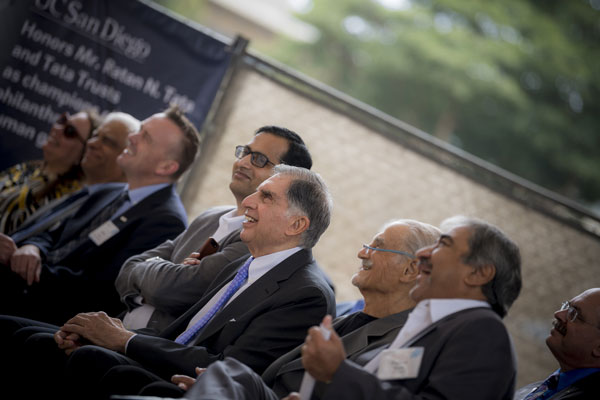 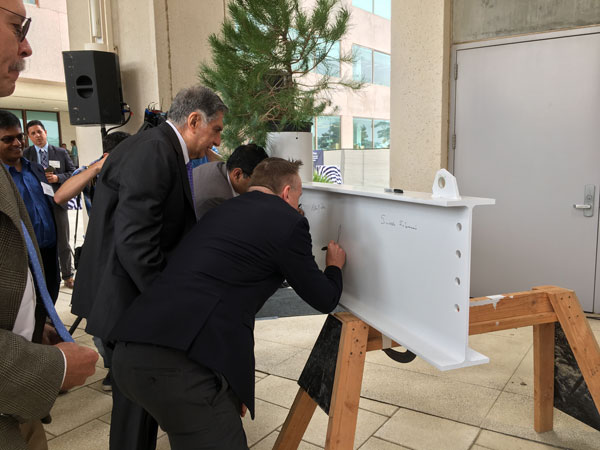 The ceremonial signing of a beam, which will be incorporated into the construction. 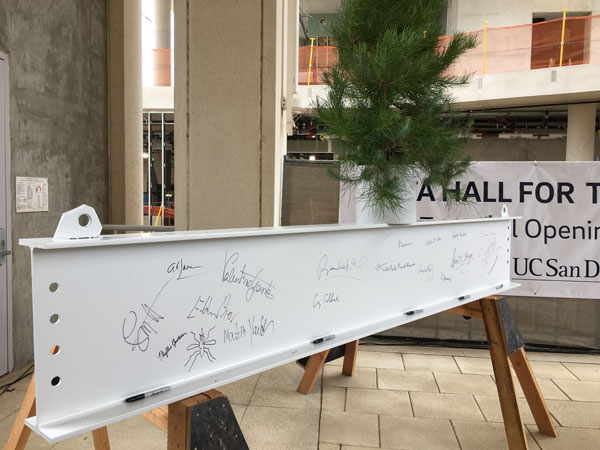 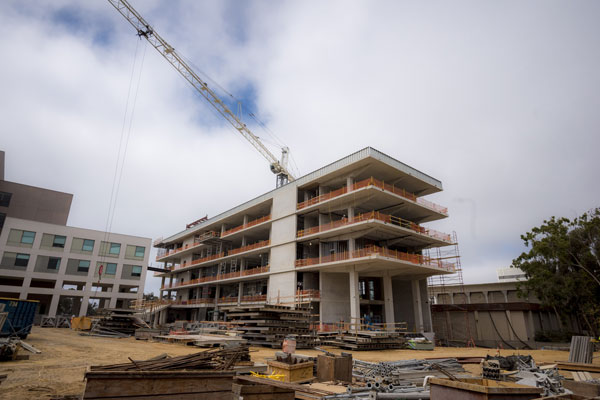