UC San Diego responded to the COVID-19 pandemic with a level of innovation, compassion and collaboration that are unique to our university. We knew that our approach had to be as flexible, adaptive and multilayered as the pandemic was unprecedented. With this knowledge, our transformative Return to Learn program was born.

Last week, the American Council on Education (ACE) recognized our successful program with its 2021 ACE/Fidelity Investments Award for Institutional Transformation. The award recognizes the evolution of institutions that have responded to higher education challenges in innovative and creative ways that allow the institution to thrive. 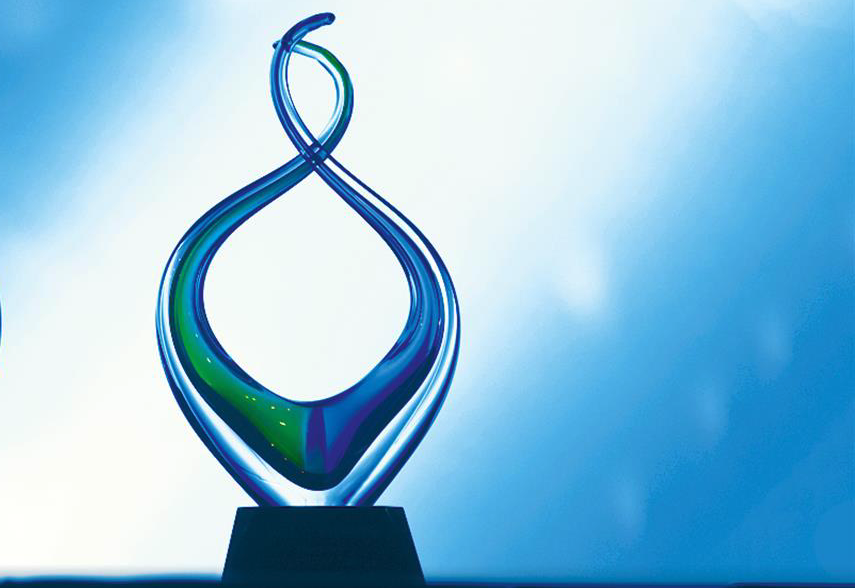 Our success with the Return to Learn approach is a direct result of the hard work and collaborative spirit of our entire campus community. Our staff was the engine that kept campus running efficiently and effectively, while working remotely and on campus. Our faculty delivered education in new and creative ways to keep students engaged and uphold the academic rigor for which we are known. Our students embraced their responsibility as Tritons protecting Tritons.

We are the first UC campus to be honored with this prestigous award. We could not have done it without our culture of collaboration and innovation. I am so proud of our faculty, health leadership, staff and students. This award recognizes each of you. Thank you. 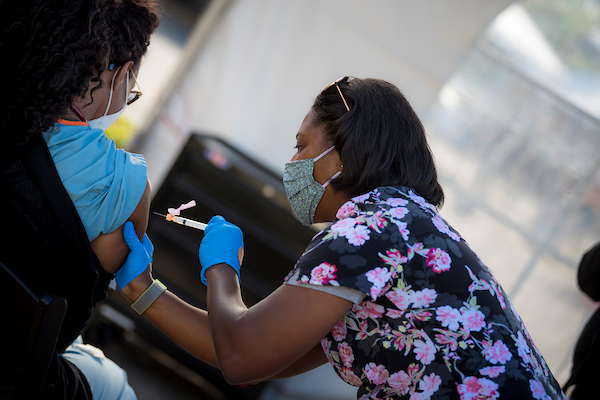 UC San Diego Health has been a leader in addressing the healthcare needs of our community throughout the COVID-19 pandemic. As a public institution and the region’s only academic medical center, we are committed to caring for members of our community, especially during times of great need.

Because of our commitment to community service,  it should come as no surprise that when UC Health announced that the system delivered its one millionth vaccine in late April, UC San Diego Health played a major role in that achievement. In fact, since opening the state’s first vaccine superstation at Petco in January and the RIMAC vaccine station  on campus in February, UC San Diego Health has administered nearly a half-million doses of COVID-19  vaccine. That is a staggering 40 percent of the total doses administered by the entire UCHealth system. 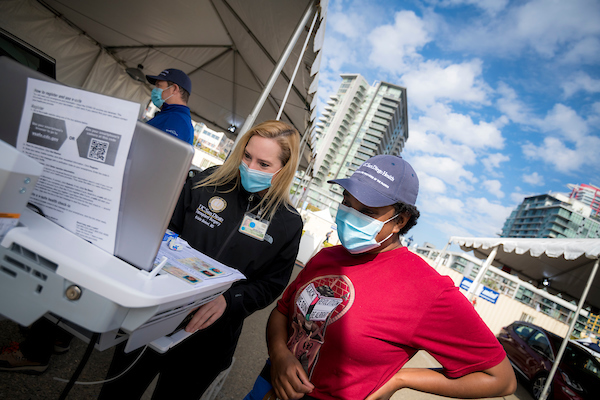 This has been no small feat. It has been the result of thousands of hours of work and the commitment of thousands of UC San Diego Health nurses, physicians, faculty, students and other volunteers from our expansive community.

The Petco location closed down in conjunction with the opening of the Padres’ season after providing more than 225,000 vaccinations to the community, but the work hasn’t stopped. The RIMAC campus site has continued to provide vaccines to UC San Diego Health patients and to those in our campus community. We continue to administer vaccines at our Hillcrest location and at UC San Diego Health clinics throughout the county. We also launched a mobile vaccine clinic to help ensure equitable distribution of COVID-19 vaccines to communities in our region that were disproportionately affected by the pandemic. 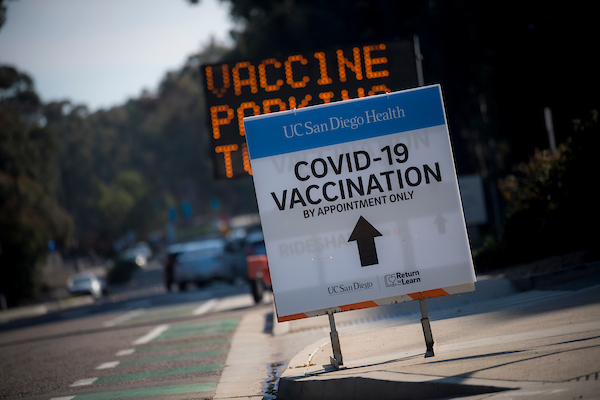 I am so grateful to everyone at UC San Diego Health for their caring, their collaboration and bold, innovative solutions throughout the pandemic. And thank you to the many campus staff, faculty and students who have volunteered over the months at our vaccination stations. I am so proud of the way our university community has consistently come together to address the most pressing challenges of our time. To all of you, thank you for your commitment to community service.

My predecessor, colleague and friend Marye Anne Fox passed away on May 9, 2021.

When I took over as UC San Diego chancellor in 2012, Marye Anne handed me a campus in spectacular shape. That was clearly an amazing accomplishment because the first eight years of her administration were spent enduring turbulent economic times and managing difficult financial challenges. She not only did an excellent job, she also set up UC San Diego for tremendous success far into its future.

Marye Anne was the first woman to be appointed as permanent chancellor. Under her leadership, UC San Diego successfully completed its first billion-dollar capital campaign, celebrated its 50th anniversary, and expanded the campus at a record pace to accommodate student growth and a billion-dollar research enterprise. 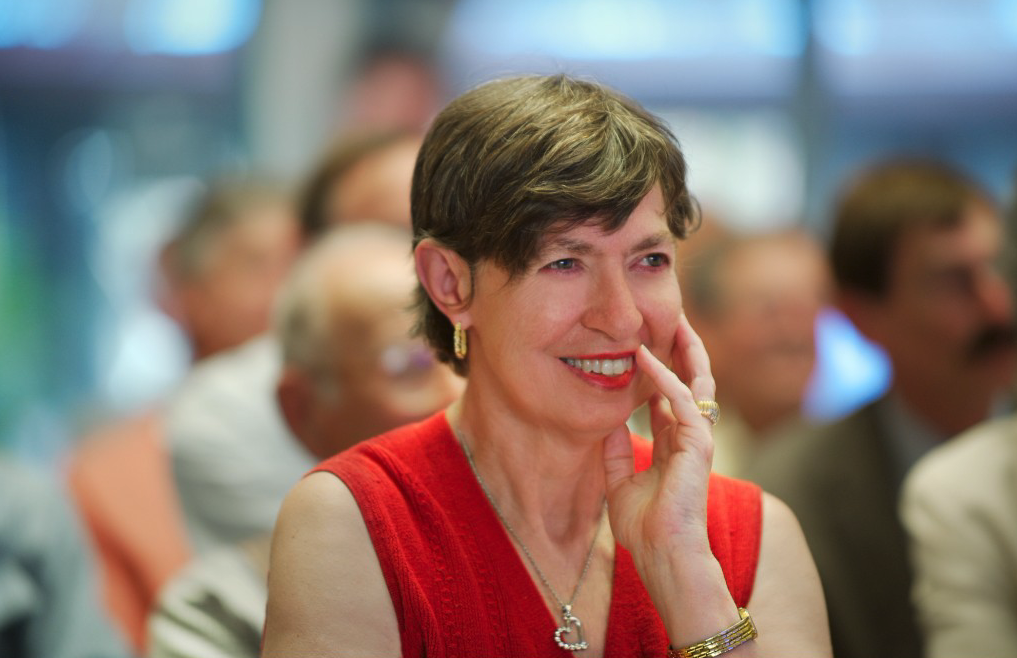 As a gifted administrative leader, she advocated for lasting change on complex issues. Because of her research knowledge and tremendous foresight, UC San Diego became one of the greenest campuses in the nation and is now a living laboratory for climate change research and solutions. She also instituted systemic changes in leadership, visibility and funding to improve diversity and enhance UC San Diego’s campus climate. Her dedication paved the way for the university to establish a Vice Chancellor for Equity, Diversity, and Inclusion and laid the foundation for continuous learning and improvement.

She left the campus in a very strong position—ready for growth, poised for ongoing innovation, and valued for its contributions to the region, state and world. We would not be where we are today without her visionary leadership and steady hand.

Marye Anne was also an internationally renowned chemist. Her pivotal research greatly advanced the world’s understanding of renewable energy and environmental chemistry. Among many awards throughout her career, she received the National Medal of Science from President Barack Obama in 2010.

This is truly extraordinary because at the time of her entry into academia, being a woman in a discipline such as chemistry was not easy. But that did not stop her. Among her many prestigious appointments and honors, she was elected to membership in the National Academy of Sciences and the American Philosophical Society. She earned distinguished fellowships from the American Academy of Arts and Sciences and the American Association of Advancement of Science. She received honorary degrees from a dozen institutions in the United States and abroad. And she was invited to be on the boards of several companies and organizations. 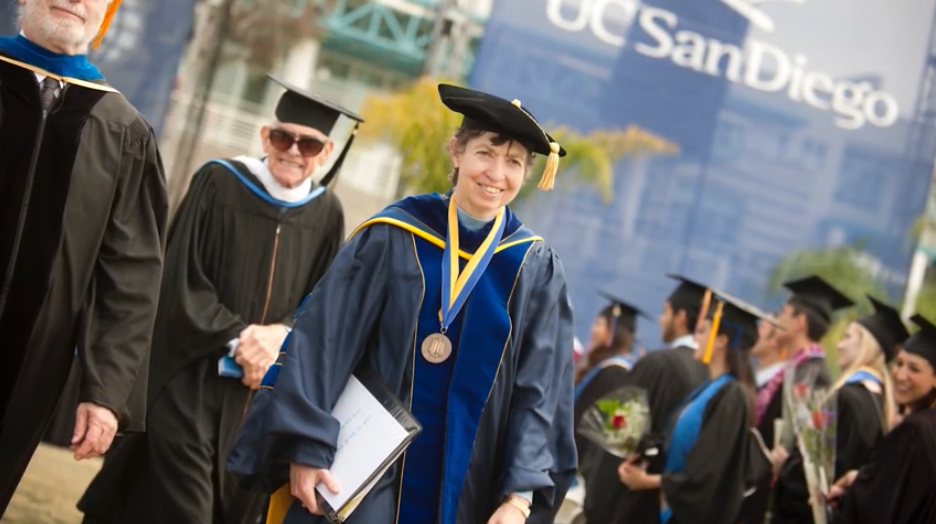 Marye Anne was highly respected, looked upon for her leadership and greatly valued for her intellectual contributions. She will be missed, but her legacy of changemaking will continue to inspire those who knew her and those who will come to know her work. Marye Anne Fox will be remembered as a prolific leader who had a broad and lasting impact on academia, scientific research, and the world.